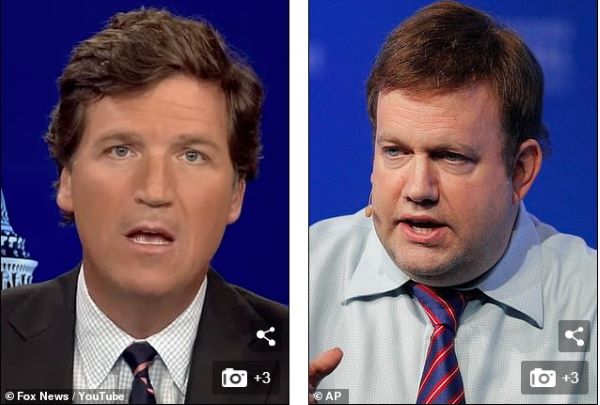 Tucker Carlson (left) says Republican lawmakers are disconnected from their supporters partly because they listen to ‘conventional liberals’ like Frank Luntz (right), whom he accused of serving ‘left-wing corporations’ such as Google

Blasts Him For Pushing Pro-Immigration Policies

Tucker Carlson says Republican lawmakers are disconnected from their supporters partly because they listen to ‘conventional liberals’ like Frank Luntz, whom he accused of serving ‘left-wing corporations’ such as Google.

The Fox News host took aim at the veteran GOP pollster Luntz after Axios quoted him last week as saying that ‘Republicans are more pro-immigrant than elites realize.’