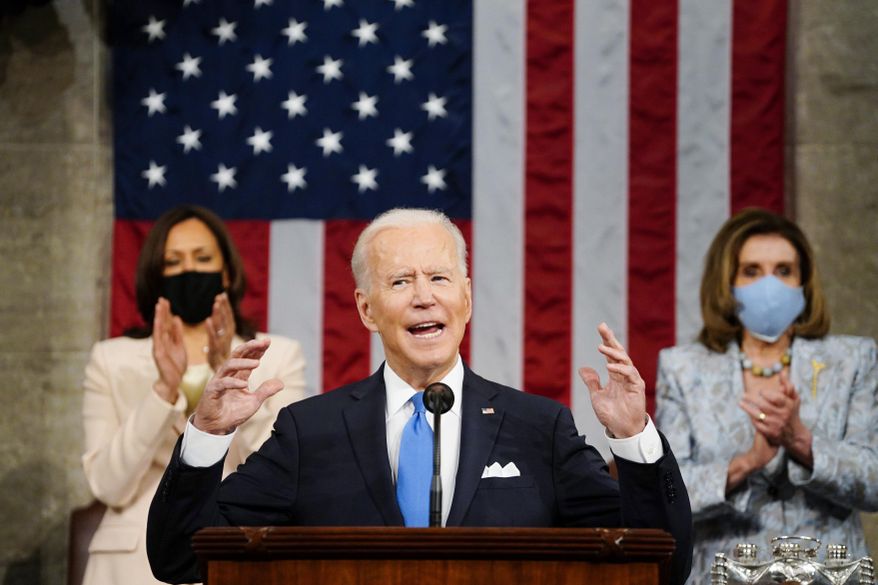 FILE - In this Wednesday, April 28, 2021, file photo, U.S. President Joe Biden addresses a joint session of Congress in the House Chamber at the U.S. Capitol as Vice President Kamala Harris, left, and House Speaker Nancy Pelosi of Calif., applaud, in Washington. North Korea on Sunday, May 2, warned the United States will face "a very grave situation" because Biden "made a big blunder" in his recent speech by calling the North a security threat and revealing his intent to maintain a hostile policy toward it. (Melina Mara/Pool Photo via AP, File)

At his Wednesday evening address to a Joint Session of Congress, President Biden opened a new front in his war on small businesses by announcing a slew of new tax increases that would punish job creators. The proposed tax hikes are part of Biden‘s new American Families Plan, a $1.8 trillion spending blowout that rewards his union donors who contributed $27.6 million to get him elected.