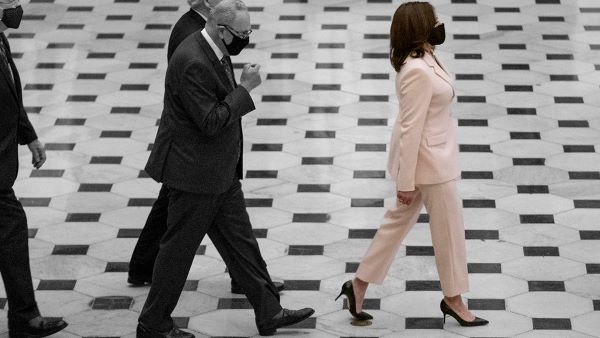 There seems to be a theme to the first 100 days of media coverage of Vice President Kamala Harris. The reports are light on policy, but heavy on fashion, footwear…and knitting.

Last month The Washington Post’s Jura Koncius followed Harris to a crochet shop in Alexandria, VA, and concluded that the VP is making crochet cool again. Koncius wrote that Harris’ admittal that she crochets has enhanced the hobby’s “cool factor.” Crocheters, she writes, now feel as though Harris has given them more “street cred” and the fiber arts community is “a bit giddy” about it.