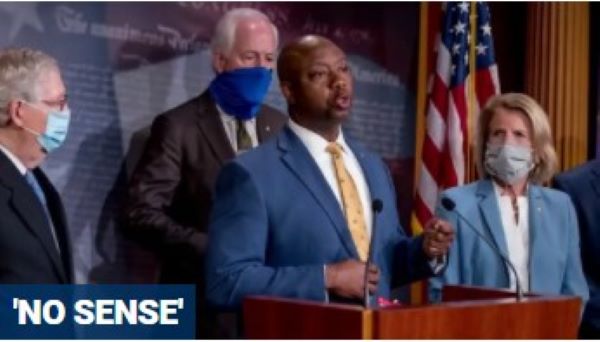 Cross failed to rebut policy points saying she wouldn’t “argue with people Harriet Tubman would have left behind.”

MSNBC’s Tiffany Cross doubled down on her network’s criticism of Senator Tim Scott, R-S.C., on Saturday morning’s “The Cross Connection,” calling him a “stone fool” and a “clown.”

Cross’ comments were in reference to Scott’s Republican rebuttal of President Biden’s first address to a joint session of Congress Wednesday, a speech for which the senator received glowing praise from Republicans and harsh criticism from left-wing media.