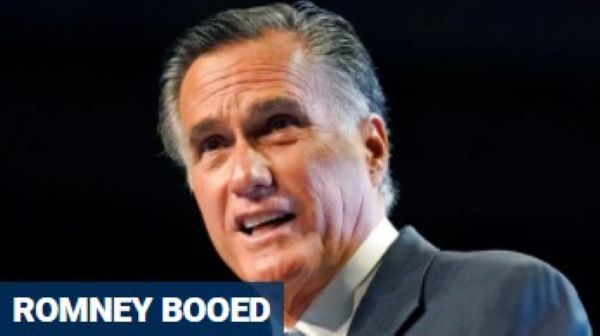 Republican Sen. Mitt Romney was booed by audience members when he took the stage at the Utah GOP convention Saturday.

Romney has faced negative backlash and a censure threat by the GOP delegation for his votes to impeach Donald Trump.