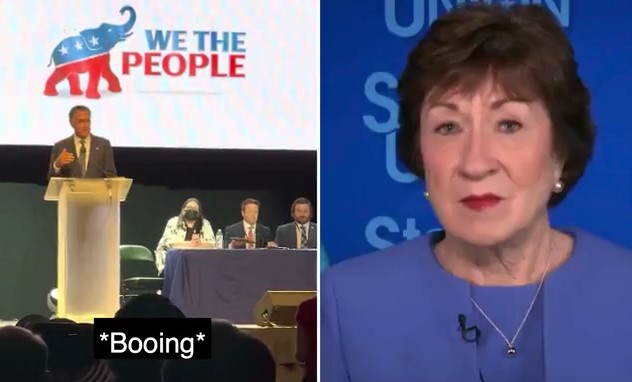 Says ‘We Are Not A Party Lead By Just One Person’

By KATELYN CARALLE and JAMES GORDON

Susan Collins called out on Sunday a group of Republicans in Utah for booing fellow centrist Senator Mitt Romney during a GOP convention in his home state Saturday.

‘I was appalled,’ Collins said during an interview with CNN’s ‘State of the Union’ when recalling video of the event.