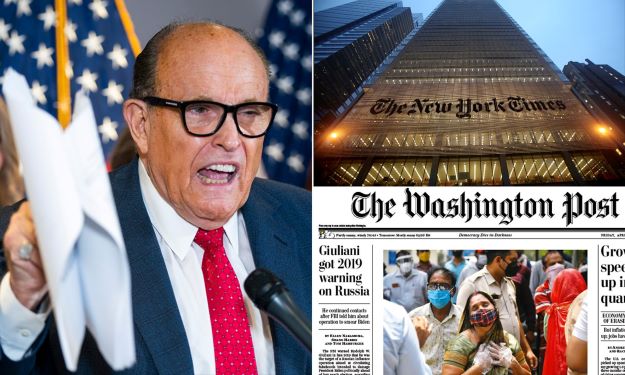 By BEVAN HURLEY AND EMILY CRANE

The Washington Post and New York Times have been forced to correct a key claim in their coverage of Rudy Giuliani’s arrest that he received an FBI briefing warning him he was the target of a Russian disinformation campaign.

Both papers had claimed the former New York City Mayor was briefed by FBI agents that he was being used by Russia to dig up dirt on Joe Biden in the leadup to the 2020 Presidential election.