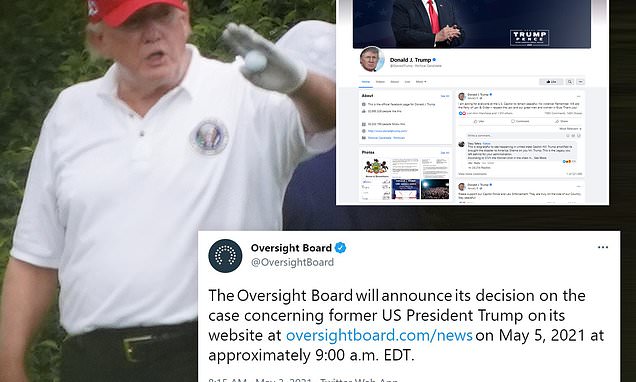 Facebook’s oversight board will finally announce on Wednesday whether it will allow former President Donald Trump to use the social media site again, four months after banning him over the Capitol riot.

The oversight board was due to announce its decision in mid April but delayed it. On Monday, the board prolonged it further by saying it would announce it decision on Wednesday.