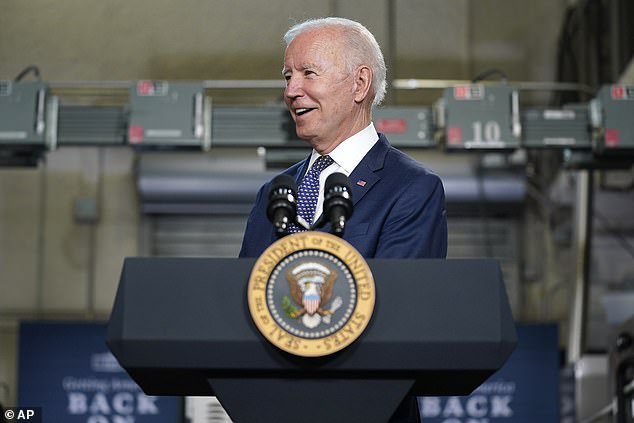 President Joe Biden sparked confusion and celebration on Monday when he made a blunder by saying Americans making under $400,000m will not pay a 'single penny in taxes'

President Joe Biden sparked confusion and celebration on Monday when he made a blunder by saying Americans making under $400,000 will not pay a ‘single penny in taxes’.

Biden was selling his infrastructure and social spending programs during a trip to Virginia with his wife Jill when he made the slip in his speech.