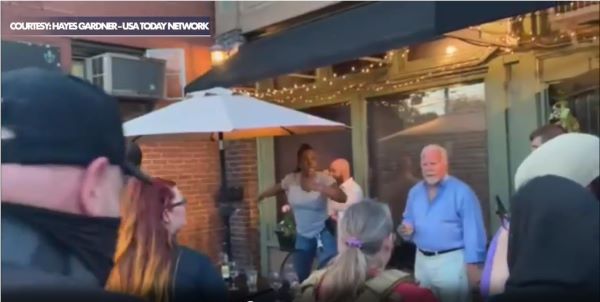 Images showed a Louisville restaurant patron pointing a handgun at armed Black Lives Matter protesters who swarmed the outdoor dining patio during demonstrations in honor of Breonna Taylor on the day of the Kentucky Derby.