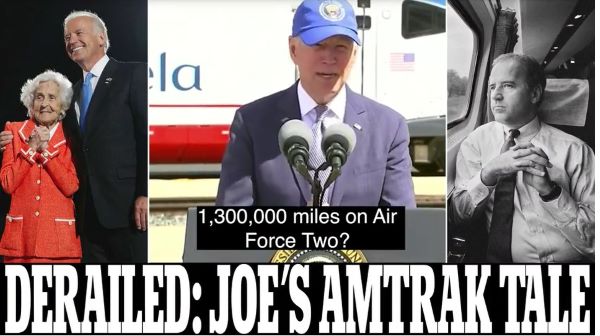 Story About Conductor Congratulating Him For Traveling 1.5m Miles Had Retired 20 Years Earlier – And His Mother Who He ‘Was Visiting’ Was Already Dead

President Joe Biden’s strange anecdote about reaching 1.5 million miles on Amtrak has come under scrutiny after key inconsistencies emerged that make it impossible to have occurred as he told it.

On Friday, delivering a speech in Philadelphia commemorating the 50th anniversary of Amtrak, Biden launched into the tale of a certain conductor congratulating him on reaching the milestone as he traveled to visit his sick mother.