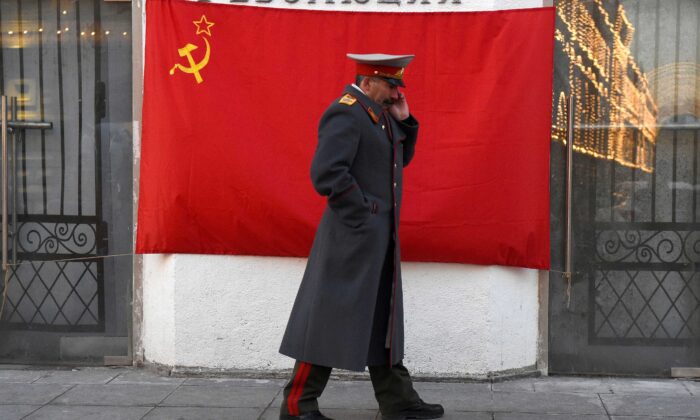 An impersonator of Soviet leader Joseph Stalin walks past a hammer-and-sickle red flag in central Moscow on Nov. 21, 2016. (Vasily Maximov/AFP via Getty Images)

Was it not that Russians finally tired of the Kremlin’s lies and hypocrisies that permeated every facet of their falsified lives?

Here are 10 symptoms of Sovietism. Ask yourself whether we are headed down this same road to perdition.