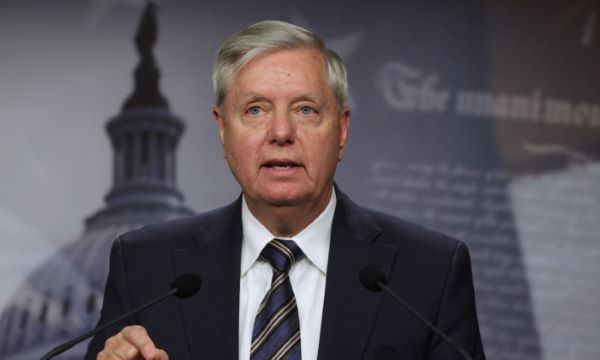 Sen. Lindsey Graham (R-S.C.) speaks during a news conference at the U.S. Capitol on March 5, 2021 in Washington. (Alex Wong/Getty Images)

It comes as House Republicans are moving to remove No. 3 Republican Rep…