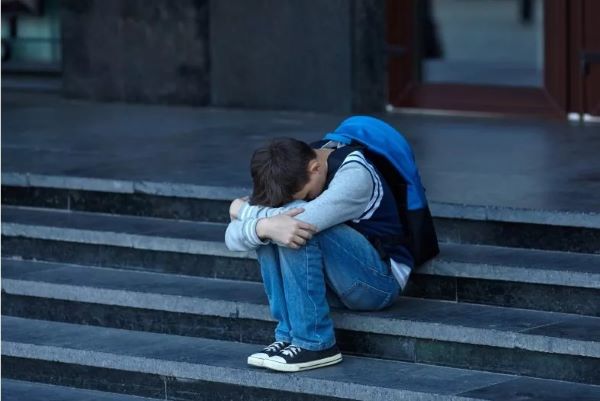 Police in Kentucky have made a father delete a video from social media of the father's son allegedly being attacked at Scott High School. The attacker accused his victim of allegedly being a racist. In this photo illustration, from the Newsweek story, a student with a backpack sits on a stairway while resting their head upon their arms. BODNARCHUK/GETTY

Police told a father to delete an online video of his son being attacked in the hallway of Scott High School in Taylor Mill, Kentucky. The man’s son was allegedly attacked by a fellow student who believed him to be a racist. Police are investigating.

The attack occurred on April 6. The Taylor Mill Police Department (TMPD) said it was notified of the assault on the same day and is investigating.