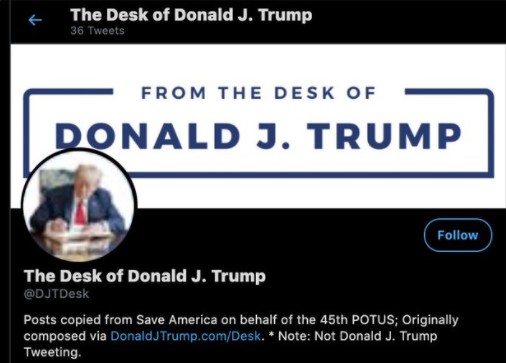 An account with the handle “@DJTDesk” appeared on the platform Thursday morning. The account’s bio section stated it would share statements from the former president’s website Save America, NBC News first reported. The account was suspended within hours of showing up on the platform.