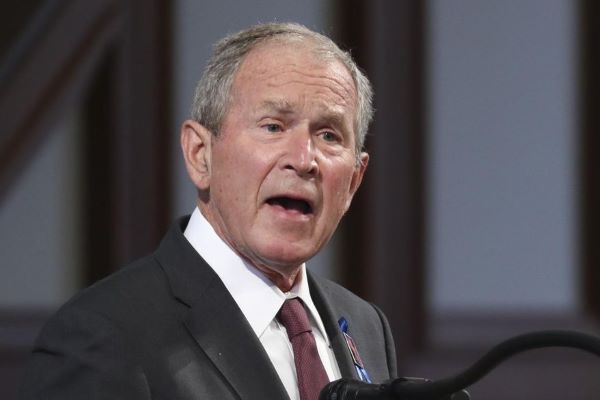 Former President George W. Bush said Thursday that White evangelical churches have become too political, as he called for lowering the volume of the immigration debate and focusing on the humanity of migrants themselves.

Mr. Bush, who has gone from president to painter in his retirement, is promoting his new book of portraits of immigrants, which he says should remind those engaged in the political battle over the issue of the kinds of people whose lives are at stake in the debate.