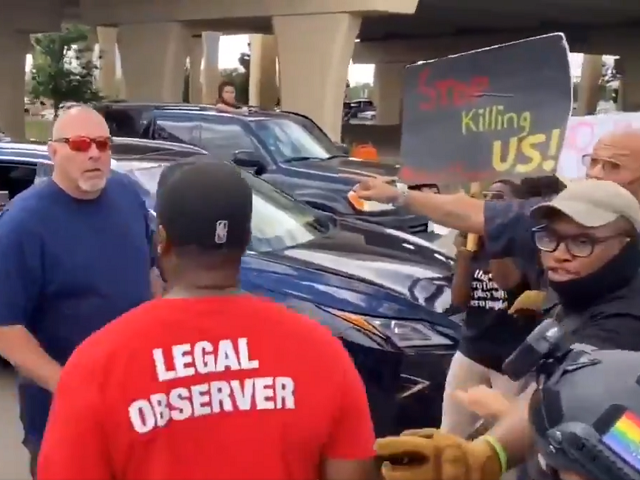 A group of Black Lives Matter protesters blocked a major freeway feeder road intersection in Plano, Texas. A confrontation erupted as one of the people being blocked confronted the protesters.

A group of BLM protesters in Plano, a suburb of Dallas, blocked a major intersection on earlier this week, a video tweeted by New Granada on Friday shows. The video shows many of the protesters wearing body armor, black bloc, and helmets.