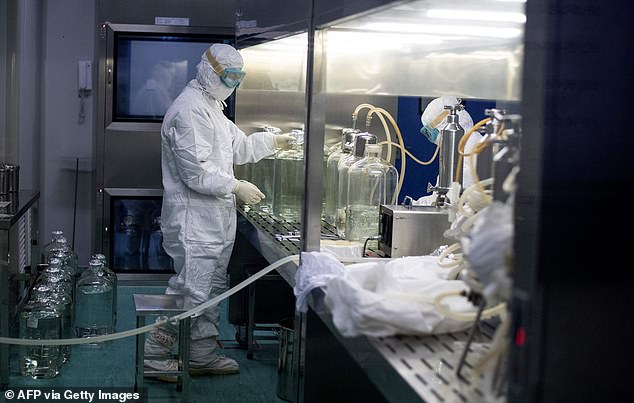 This latest evidence that Beijing considered the military potential of SARS coronaviruses from as early as 2015 has also raised fresh fears over the cause of Covid-19, with some officials still believing the virus could have escaped from a Chinese lab

By TOM PYMAN and MARK NICOL

FOR THE DAILY MAIL AND MAILONLINE

Chinese scientists have been preparing for a Third World War fought with biological and genetic weapons including coronavirus for the last six years, according to a document obtained by US investigators.

The bombshell paper, accessed by the US State Department, insists they will be ‘the core weapon for victory’ in such a conflict, even outlining the perfect conditions to release a bioweapon, and documenting the impact it would have on ‘the enemy’s medical system’.