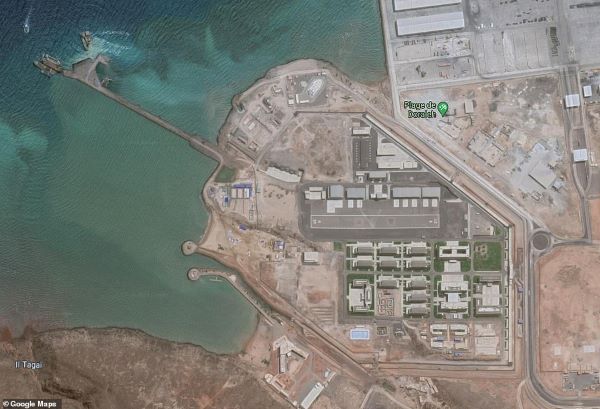 China's current military base in Djibouti (pictured) houses some 2,000 troops along with armoured vehicles and gunboats, with a pier constructed to allow aircraft carriers to dock (top left) along with helipads and a runway (center)

FOR FOR DAILYMAIL.COM MAILONLINE

On the west side of Djibouti City sits a sprawling military compound. Within its razorwire-topped walls are helipads, a dock large enough to fit aircraft carriers, and 2,000 troops alongside armoured vehicles and gunboats.

Opened in 2017, this is China’s first overseas military base – but could soon be one of many located across Africa if those sounding the alarm in Washington are correct.