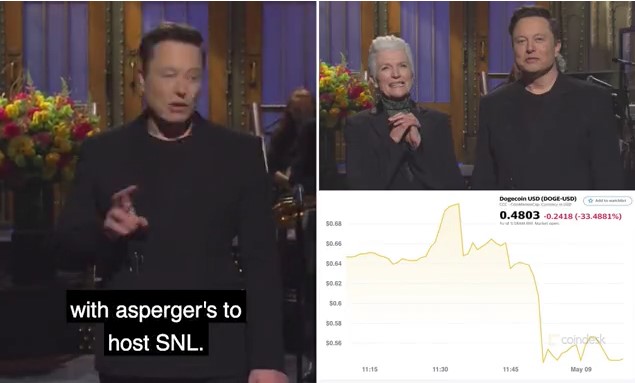 Elon Musk has appeared on Saturday Night Live, poking fun at his own eccentricities and appearing to reveal that he has ‘Asperger’s’ in his opening monologue, and sending the price of his favored cryptocurrency Dogecoin plunging after joking that he would buy some for his mom for Mother’s Day.

As the hotly anticipated episode aired, many users complained that streaming options on the NBC app were crashing, presumably due to high user volume.

Notably, SNL cast member Aidy Bryant did not appear in any…