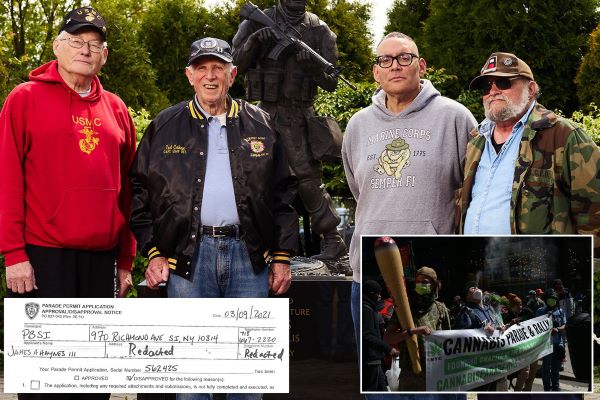 Veterans were denied the request after filing for permit to NYPD back in February.

Mayor de Blasio is refusing to allow a group of military veterans to march on Staten Island on Memorial Day — after welcoming public pot smokers to puff their way down Broadway in last week’s Cannabis Parade.

“It’s a slap in the face,” Jamie Gonzalez, 57, a Marine infantryman who saw combat in Iraq during Operation Desert Storm, told The Post.