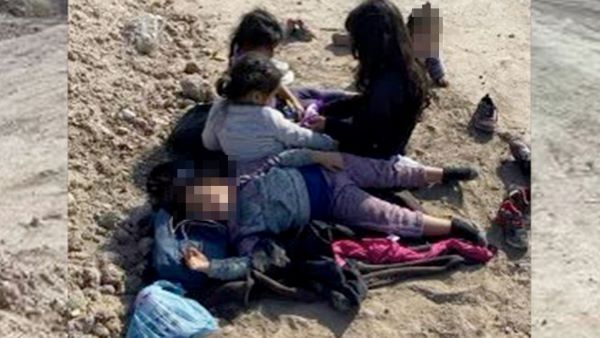 Five abandoned migrant girls, all under the age of 7, were discovered Sunday by a Texas farmer on his land in Quemado, near the Rio Grande River.

A farmer said he discovered the ‘baby girls’ hungry and crying

Five abandoned migrant girls, all under the age of 7, were discovered Sunday by a Texas farmer on his land in Quemado, near the Rio Grande River.

Rep. Tony Gonzales, R-Texas, spoke with the farmer who said he found the “baby girls” hungry and crying. He said one was naked and was crawling because she was too young to walk.

Gonzales tweeted a photo of the girls Sunday night with the caption, “Take a good hard look at the #BidenBorderCrisis… @POTUS enough is enough let’s work together [to] solve this crisis.”