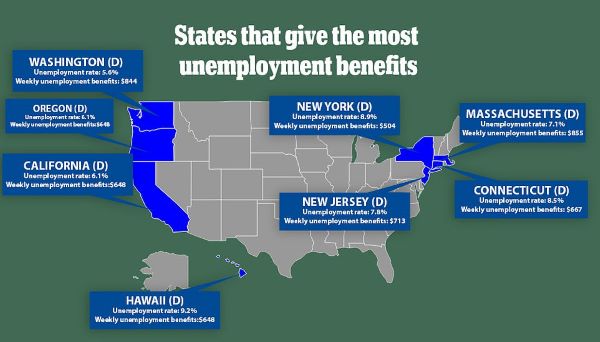 In eight states, unemployed Americans can earn at least $600 per week in benefits. Massachusetts offers the most generous benefits. The White House denied that these benefits are to blame for the historically low jobs numbers

By LAUREN LEWIS and KATELYN CARALLE

Eleven Republican states have announced they will decline federal coronavirus aid from President Joe Biden by withdrawing from the $300 per week enhanced unemployment scheme, with others set to follow.

Iowa and Idaho announced they were pulling out of the scheme on Wednesday morning hours after Republican governors in nine states withdrew in a bid to push workers back into the job market.