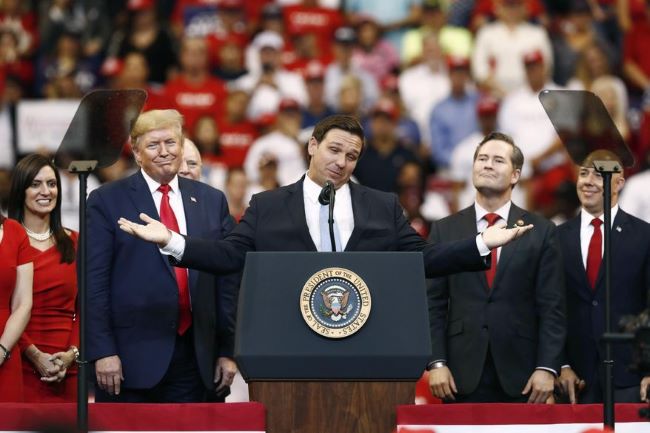 Roughly half of GOP voters would “absolutely” vote for former President Donald Trump in a Republican primary and more than a third would back Florida Gov. Ron DeSantis if the ex-president takes a pass in 2024, according to a poll released Wednesday.

Convention of States Action and pollsters from the right-leaning Trafalgar Group said 49% would certainly back Mr. Trump and another 12% would likely do so, while a fifth was very unlikely to support the Republican who’s spent the past few months insisting the 2020 contest was stolen from him.