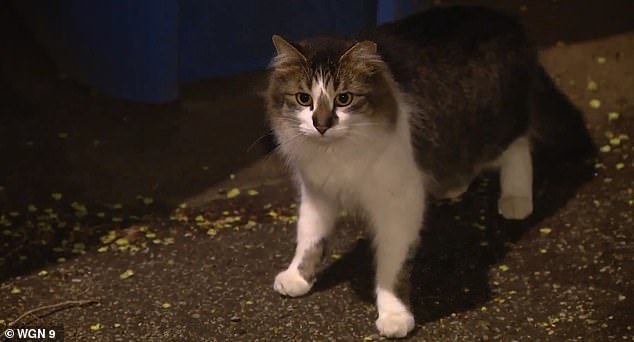 Chicago has released 1,000 feral cats onto its streets in an effort to deal with the city's rodent problem after it was named the rat capital of the United States. One such cat is pictured

Chicago has released 1,000 feral cats onto its streets in an effort to deal with the city’s rodent problem after it was named the rat capital of the United States for the sixth year running.

Animal shelter the Tree House Humane Society is behind the Cats at Work program, neutering the animals before they are returned to patrol the Windy City.