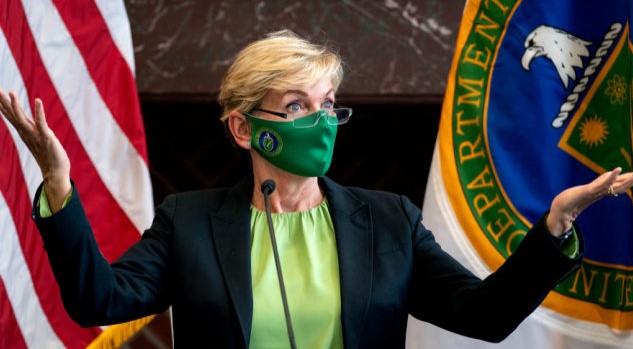 Secretary of the Department of Energy Jennifer Granholm said at a press conference at the White House on Tuesday that people who are driving electric cars are not affected by the hacker-forced shutdown of the Colonial Pipeline.

“I just have a question for each of you. I’ll start with you, Secretary Granholm, because ladies first,” a reporter asked. “Obviously, we have the acute issues with the Colonial Pipeline ransomware attack. But looking more holistically in a macro view, how does this speed up the efforts at DOE to move in more of a renewable direction since this is going to have an impact on people at the pump?”