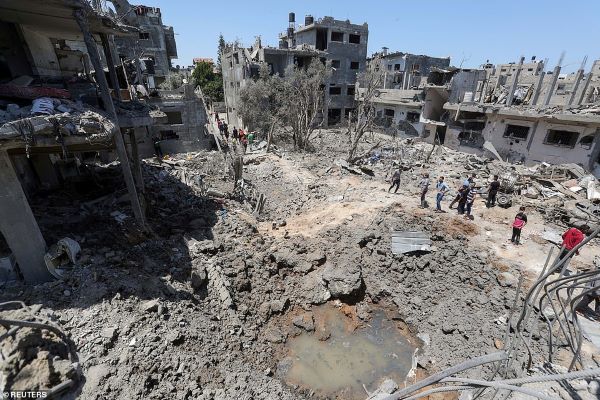 By LAUREN LEWIS and CHRIS PLEASANCE

The Israel Defence Forces managed to trick Hamas into believing a ground invasion was underway last night and then obliterated their tunnel network knowing militants would be hiding underground waiting to ambush tanks and soldiers, reports in Israel claim.

There was confusion when the IDF said shortly after midnight that ground forces were ‘attacking in Gaza’, and later suggested that boots were on the ground. A spokesman later retracted that statement – saying that military operations were conducted along the border, but no Israeli troops had crossed it.