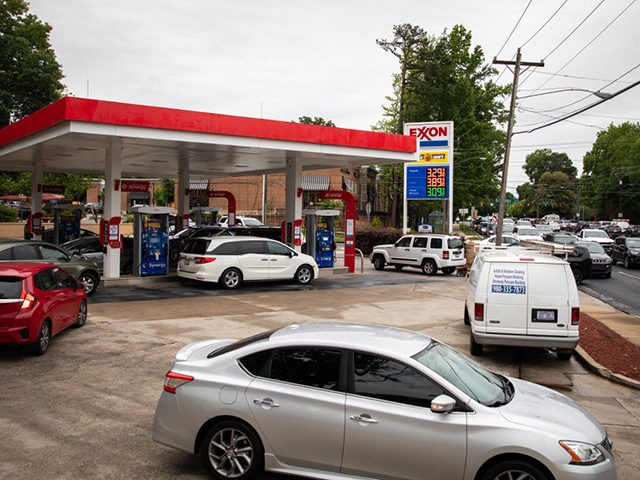 The United State’s capital is nearly dry of gasoline Friday morning while states such as North Carolina and Virginia are also struggling, according to recent data.

According to GasBuddy data posted at 9:33 a.m. ET, D.C. is experiencing an 88 percent outage, with North Carolina at 67 percent, and Virginia at 50 percent.