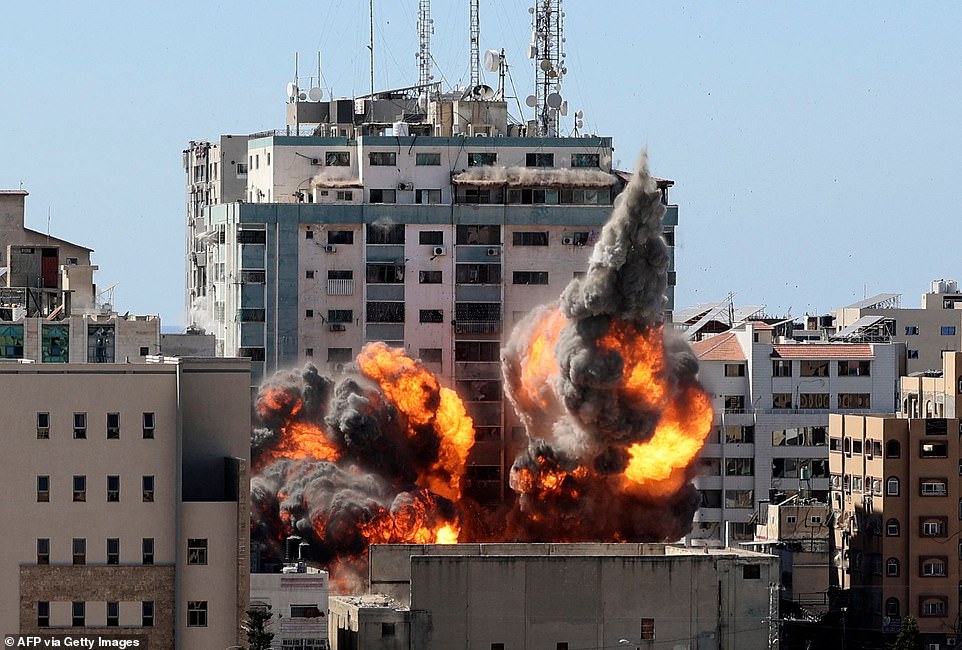 By Katie Weston and Chris Jewers

An Israeli airstrike has destroyed a 13-floor building in Gaza housing Al Jazeera television and Associated Press, provoking outcry and prompting calls from the US for the country’s Prime Minister to protect journalists.

The strike on the building housing media offices came in the afternoon, after the building’s owner received a call from the Israeli military warning that it would be hit.

Later in the day, the White House responded by saying Israel and Benjamin Netanyahu had a ‘paramount responsibility’ to ensure the safety of journalists covering the spiralling conflict.