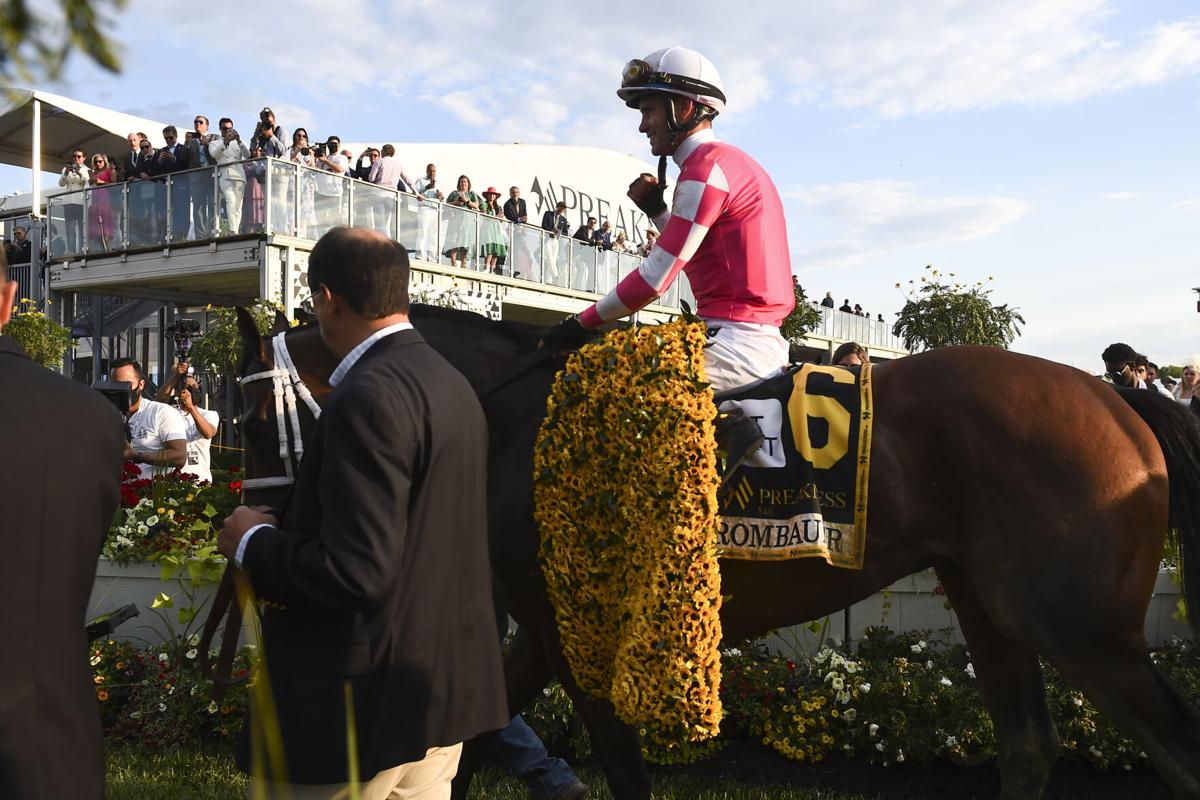 Rombauer romped to an 11-1 upset victory in the Preakness on Saturday, denying Bob Baffert-trained Kentucky Derby winner Medina Sprint the chance at a Triple Crown that would have come with a giant asterisk.
Advertisement

Medina Spirit finished third in the 1 3/16-mile race and was passed for the first time in his career after going off as the 2-1 favorite. All eyes were on Medina Spirit after he failed a post-Derby drug test for the presence of the steroid betamethasone.

Midnight Bourbon, who was 3-1, was second. Keepmeinmind was fourth and Baffert-trained Concert Tour ninth in the 10-horse field.