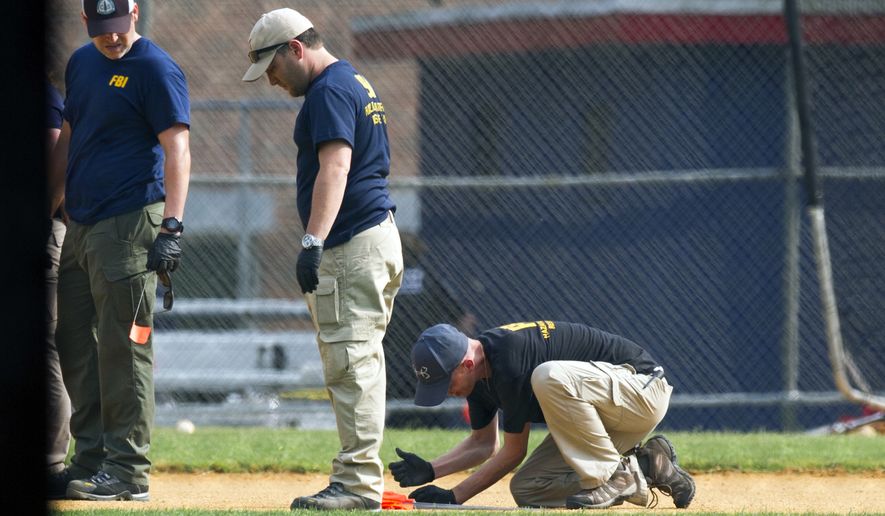 Photo by: Cliff Owen A FBI Evidence Response Team marks evidence on the ball field which is the scene of a multiple shooting in Alexandria, Va., Wednesday, June 14, 2017, after a rifle-wielding attacker opened fire on Republican lawmakers at a congressional baseball practice, wounding House GOP Whip Steve Scalise of Louisiana and several others as congressmen and aides dove for cover. (AP Photo/Cliff Owen)

The FBI, under Republican pressure, has reclassified the 2017 near massacre of more than a dozen Republican lawmakers at a baseball field in Alexandria, Virginia, from “suicide by cop” to an act of domestic terrorism.

The new designation of shooter James Hodgkinson as a “domestic violent extremist” is contained in a lengthy FBI report titled “Strategic Intelligence Assessment and Data on Domestic Terrorism.”

Republicans began pressuring the FBI on April 15 when Rep. Brad Wenstrup of Ohio, who was at the park that morning of June 14, 2017, disclosed at a public hearing that the FBI officially classified the shooting as “suicide by cop.”