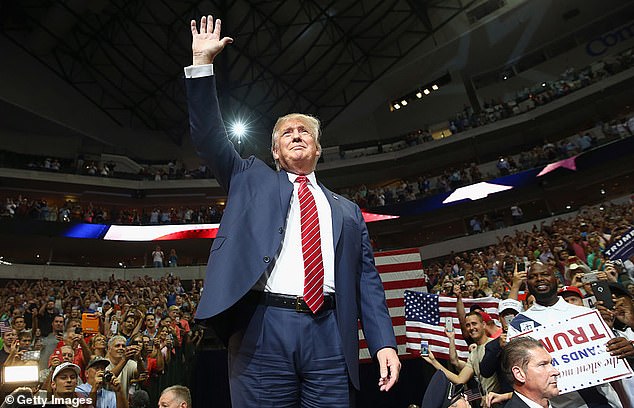 Raucous rallies were a major part of Trump's 2016 election win and he is pictured here at a Make America Great Again event at the American Airlines Center, Dallas, Texas, in September 2015

Former President Donald Trump said that he is not aiming to make the Republican Party his party, seemingly responding to criticism from certain House GOP lawmakers in recent days.