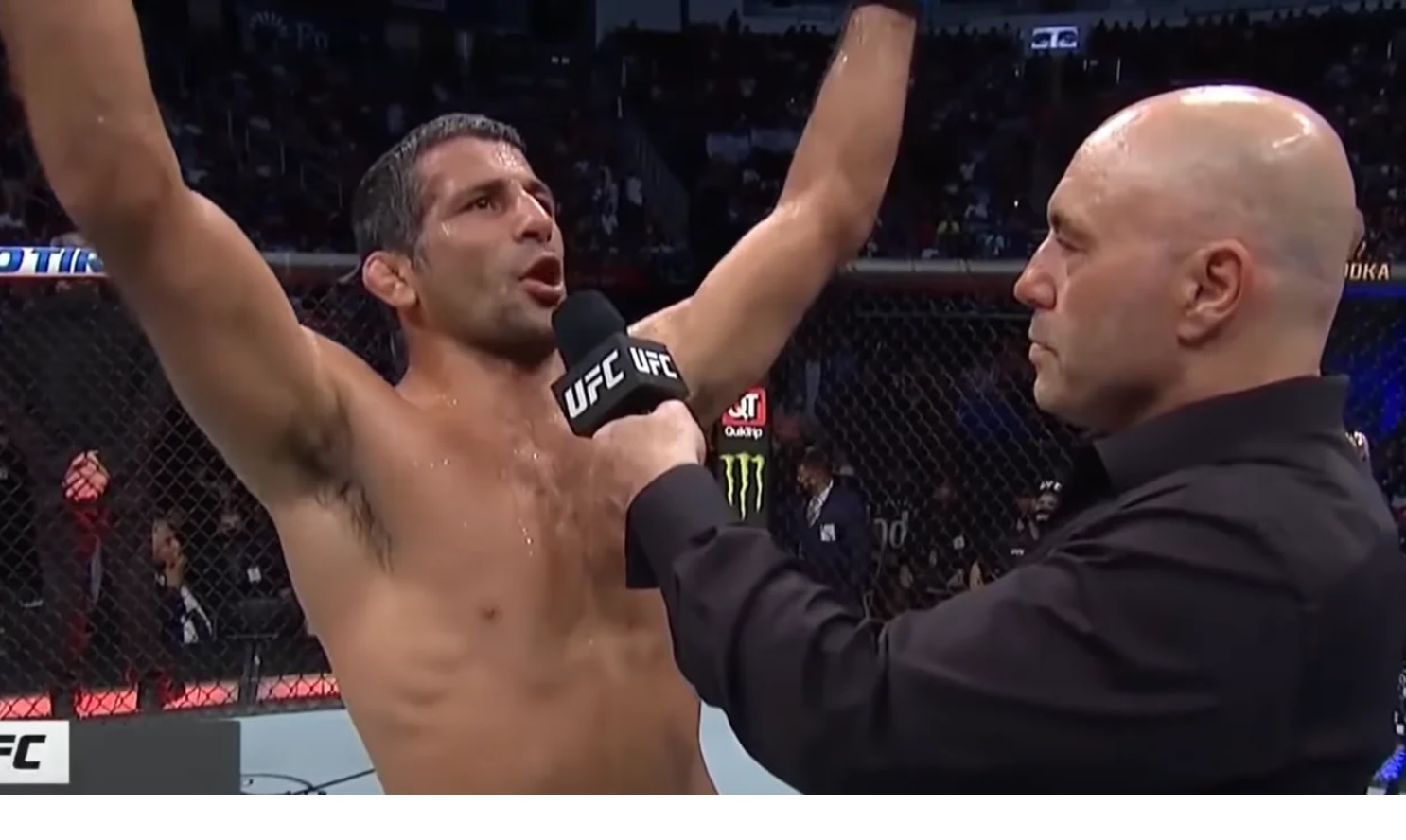 UFC fighter Beneil Dariush pulled off an impressive upset at Ultimate Fighting Championship 262 on Saturday night. Dariush, ranked No. 7 in the lightweight category, defeated No. 5 contender Tony Ferguson at the Toyota Center in Houston, Texas. Following Dariush’s hard-fought victory over Ferguson via unanimous decision (30-27, 30-27, 30-27), the Iranian-American mixed martial arts fighter had a message for Elon Musk and condemned Marxism.

Following Dariush’s win, which was his seventh in a row, the 32-year-old MMA fighter thanked Jesus Christ and dedicated the tremendous victory to victims of Marxist ideologies.

“First things first, I want to thank my lord and savior Jesus Christ, that’s number one,” Dariush told UFC color commentator Joe Rogan in a post-fight interview inside the octagon.