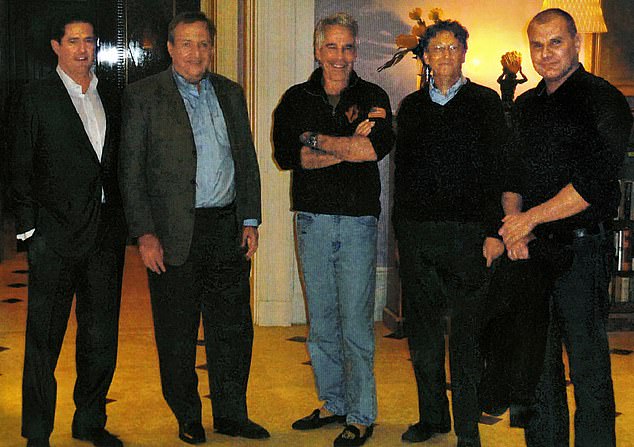 Bill Gates had dozens of meeting with Jeffrey Epstein where they discussed his marriage to Melinda, according to a new report. Bill Gates is pictured at Epstein's Manhattan mansion in 2011, from left: James E. Staley, at the time a senior JPMorgan executive; former Treasury Secretary Lawrence Summers; Epstein; Gates and Boris Nikolic, who was the Bill and Melinda Gates Foundation's science adviser

Jeffrey Epstein suggested Bill Gates should leave his wife Melinda during dozens of meetings at the convicted pedophile’s $77million Manhattan townhouse, according to a person who attended the ‘men’s club’-style get-togethers.

Gates’ visits to Epstein’s ‘lair’ were an escape from his unhappy marriage, and the pair ‘were very close’, a source told The Daily Beast.

The report alleges the pair’s friendship blurred personal and professional lines, and was much closer than Gates had previously admitted.