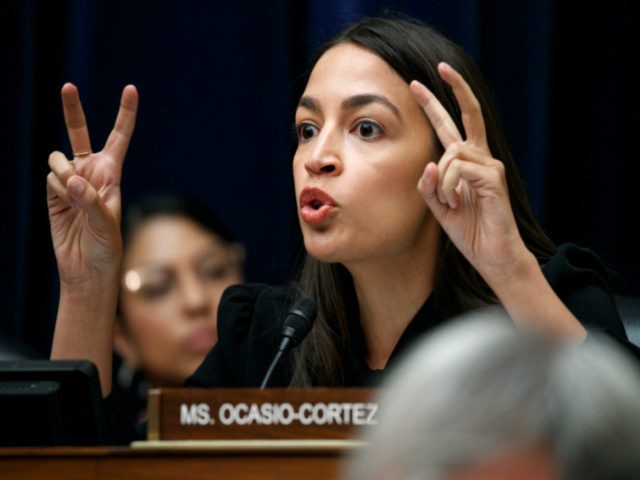 Rep. Alexandria Ocasio-Cortez, D-N.Y., led a group of her House Democratic colleagues in a letter to federal immigration officials demanding an overhaul of immigration policies and objecting to gang members in the country illegally being targeted for deportation.

Ocasio-Cortez and 34 of her Democratic colleagues sent a letter to Department of Homeland Security (DHS) Secretary Alejandro Mayorkas and Immigration and Customs Enforcement (ICE) director Tae Johnson, calling on them to change immigration policies that rely on the US’s “discriminatory legal system.”

The lawmakers claim an interim enforcement memo issued by ICE “does not adequately protect the liberty interests of asylum seekers” and presumes an illegal migrant — including those convicted of aggravated felonies —to be a “border security and enforcement and removal priority.”