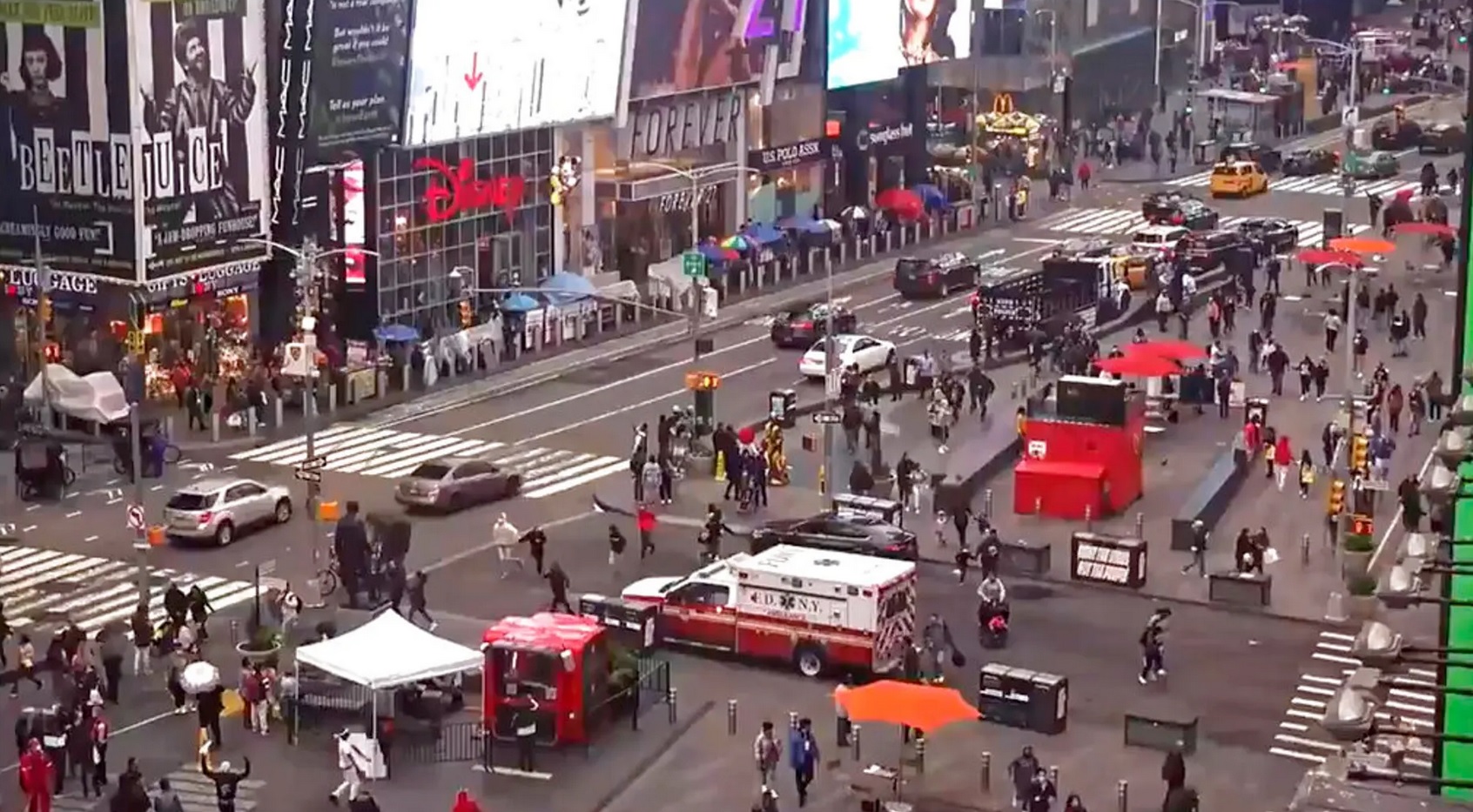 In this image taken from video by the FDNY, pedestrians hurry away from the scene of a shooting in Times Square, Saturday, May 8, 2021, in New York. (FDNY via AP)

New York City capped off another week of violence on Sunday with nearly 50 people reported shot in different incidents, according to police.

The New York City Police Benefit Association said that 47 people were shot in the city between Monday, May 10 and Sunday, May 16.

That included a 41-year-old man visiting from Ohio. He was shot Saturday night inside the 7-Eleven near 37th Street and Eighth Avenue, WCBS-TV reported.

NYPD Commissioner Dermot Shea credited two officers with apprehending the suspected gunman, 26-year-old Aboulhai Diallo. The Ohio man, meanwhile, was taken to Bellevue Hospital with a broken leg and was expected to survive.