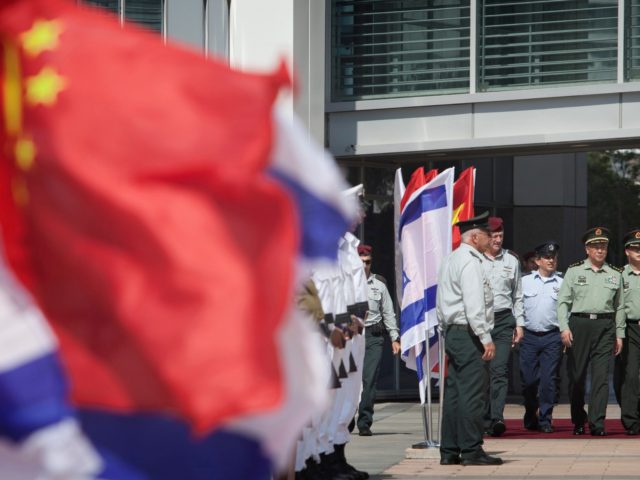 AFP reports the official CGTN broadcast questioned whether U.S. support for Israel came from shared democratic values, saying “some people believe that U.S. pro-Israeli policy is traceable to the influence of wealthy Jews in the U.S. and the Jewish lobby on U.S. foreign policy makers.” “Jews dominate finance and and internet sectors,” host Zheng Junfeng says, speaking in English. “So do they have the powerful lobbies some say? Possible.”

Zheng then accused the U.S. — China’s top geopolitical rival — of using Israel as a “beachhead” in the Middle East and as a proxy in an undeclared war on pan-Arabism.

In a tweet, the embassy responded, saying “we have hoped that the times of the ‘Jew’s controlling the world’ conspiracy theories were over, unfortunately anti-Semitism has shown its ugly face again.”