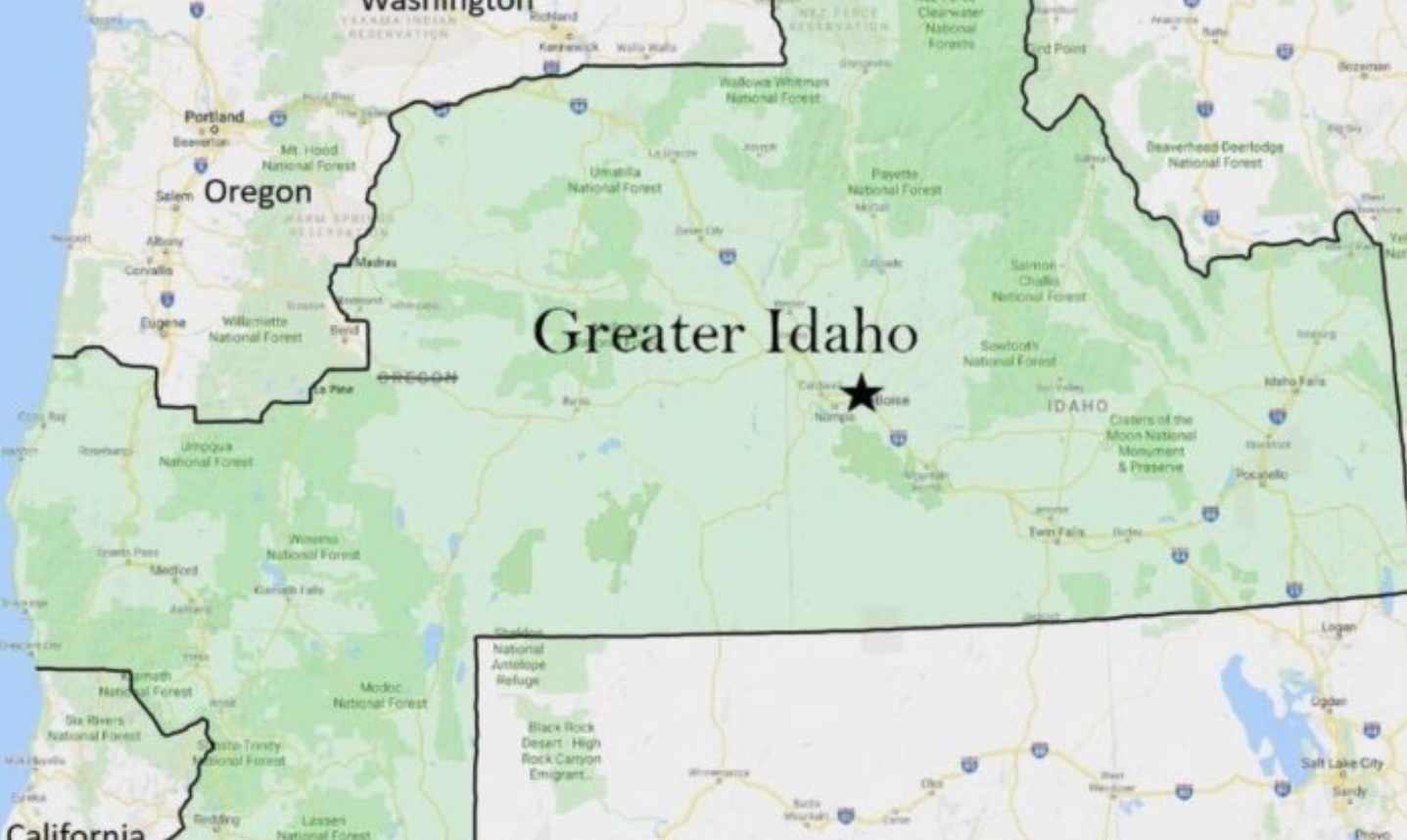 What the proposed border relocation would look like. (Move Oregon's Border for a Greater Idaho)

Several counties in Oregon on Tuesday voted to consider joining the state of Idaho, which is part of a long-shot movement to break away from the state that has long been dominated by Portland politicians.