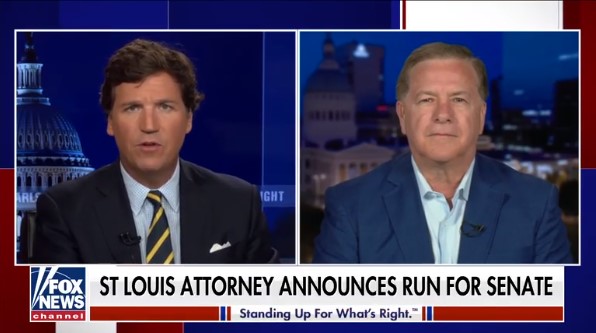 A St. Louis attorney who famously defended his home from Black Lives Matter protesters who broke into his neighborhood announced his bid for U.S. Senate on Tuesday, telling “Tucker Carlson Tonight” he will defend Missourians the same way he defended his wife and family.

Mark McCloskey, who alongside wife Patricia, was pictured last year wielding a rifle and a handgun respectively when Black Lives Matter demonstrators ingressed toward their property, told host Tucker Carlson that the confrontation may have been a message in itself.