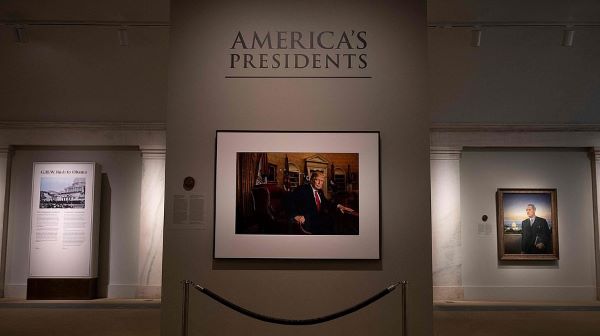 A photograph of Donald Trump was added to the American Presidents Exhibit at the National Portrait Gallery in Washington, D.C./AFP via Getty Images

Donald and Melania Trump joined the ranks of past presidents and first ladies when their portraits were placed in the National Portrait Gallery Smithsonian museum in Washington, D.C.

The museum reopened on Friday for visitors where Trump’s portrait was found in the presidential portraits exhibit on the opposite side of a freestanding wall where former President Barack Obama’s famous ‘Hope’ poster is hanging.