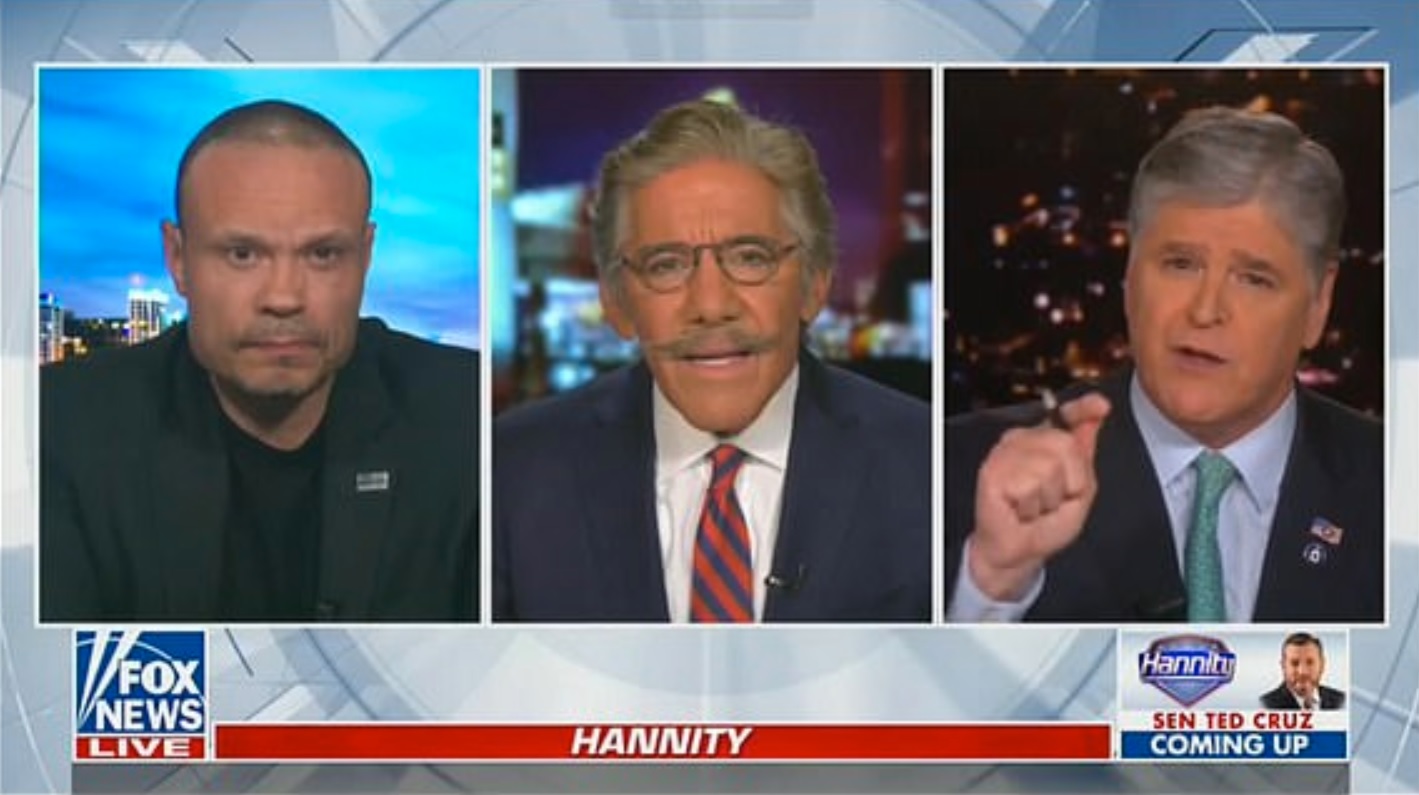 Geraldo Rivera threw paper and turned his back on Dan Bongino during a wild screaming match over the Palestinian-Israel conflict on Hannity Wednesday.

The Fox News personalities appeared together on Sean Hannity to discuss the Middle East conflict which has killed at least 227 people in Gaza and 12 in Israel.

The two appeared ready to resume hostilities from the moment they appeared on air after a similar spat in April.