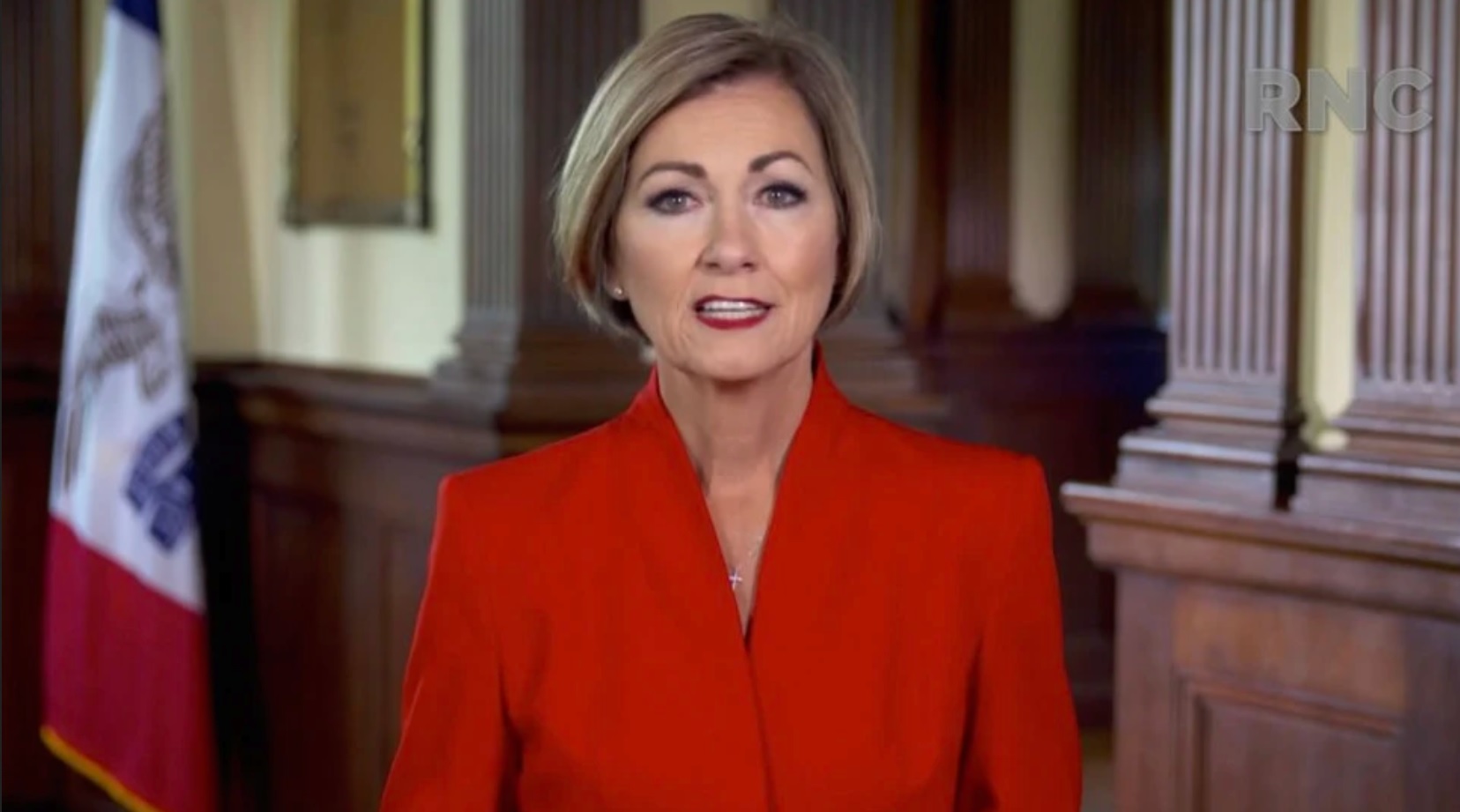 Republicans Hold Virtual 2020 National Convention CHARLOTTE, NC - AUGUST 25: In this screenshot from the RNC’s livestream of the 2020 Republican National Convention, Iowa Gov. Kim Reynolds addresses the virtual convention on August 25, 2020. The convention is being held virtually due to the coronavirus pandemic but will include speeches from various locations including Charlotte, North Carolina and Washington, DC. (Photo Courtesy of the Committee on Arrangements for the 2020 Republican National Committee via Getty Images)

Republican Governor of Iowa Kim Reynolds signed a bill into law on Thursday that bans mask mandates in schools, cities, and counties, joining a growing movement across the country as lawmakers take action against future mask mandates.

As reported by the Des Moines Register, the Iowa House passed the law by a 53-35 vote. The law also passed the Senate in a 29-17 vote. It was included in a broader education bill that would increase open enrollment in the state.

The law reportedly makes it so that Iowa school district leaders cannot enforce mask mandates on students or staff. Iowa cities and counties are also not allowed to create mask mandates under the new law. House Republicans said the amendment, which they put in the bill on Wednesday night, comes after receiving comments from the public and following updated guidance from the Centers for Disease Control and Prevention (CDC).