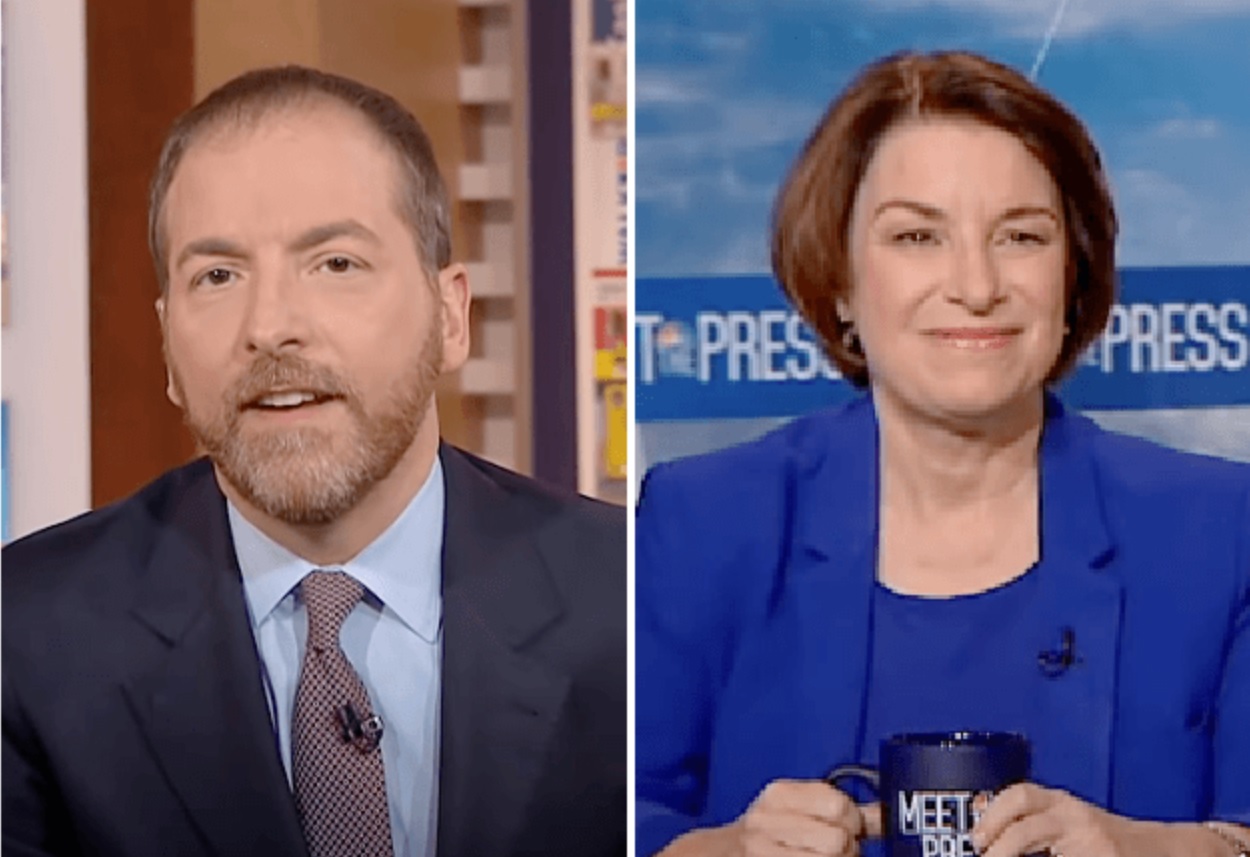 In 2008, shortly after becoming a U.S. senator, Amy Klobuchar (D-MN) and her husband, John Bessler, began renting a house in Arlington, Virginia, from Chuck Todd, then NBC News’ political director. I unveil the ties between Todd and Democratic campaigns in my explosive new book, Breaking the News: Exposing the Establishment Media’s Hidden Deals and Secret Corruptions.

According to Page Six, which first reported the relationship, Klobuchar and her husband paid the Todds $3,200 a month. This relationship went undisclosed for years, even though Todd went on to question Klobuchar at least eight times on-air during her 2020 campaign, including as the moderator of two of the primary debates.