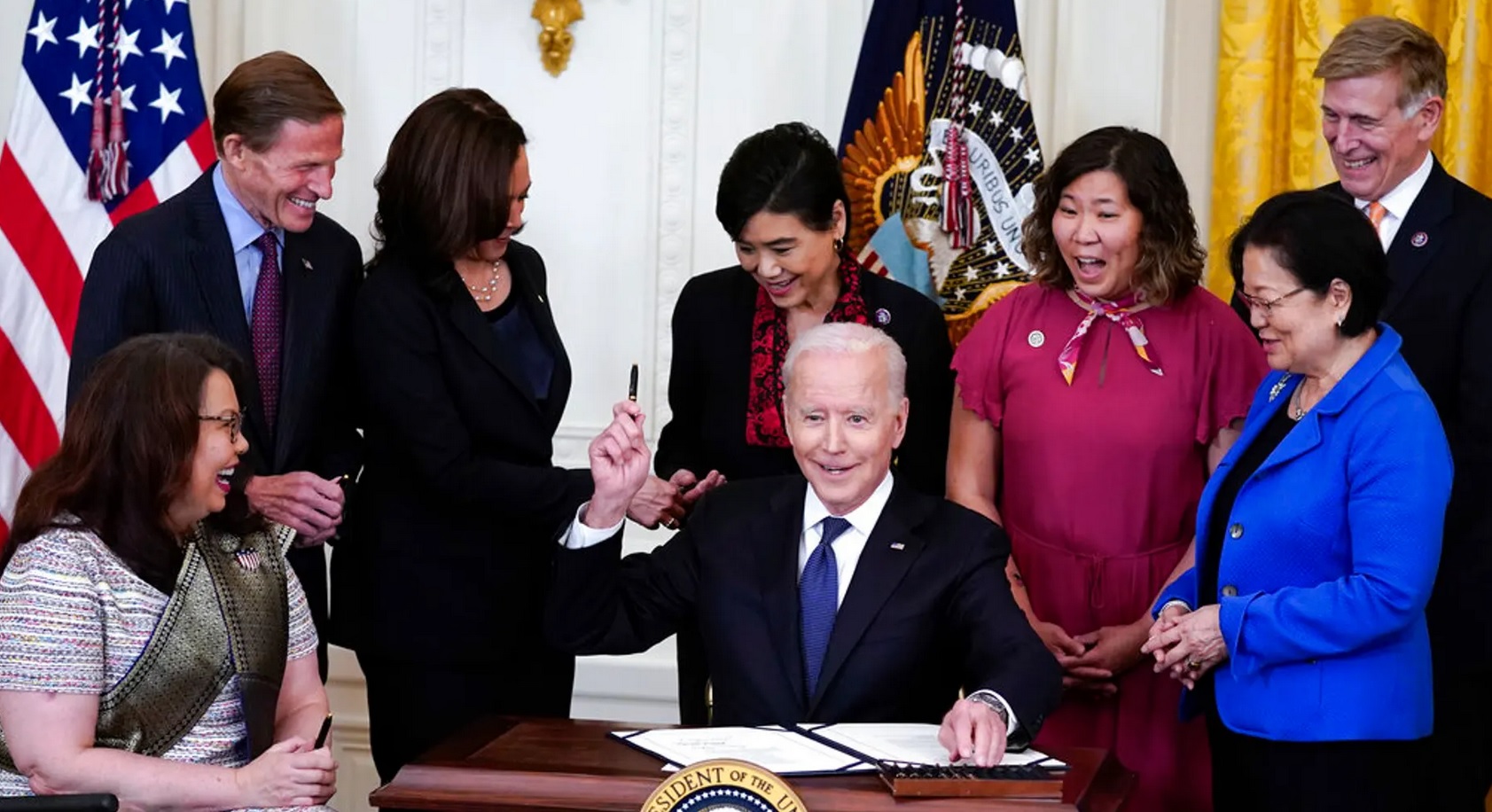 Measure aims to make reporting of hate crimes easier, and speed the review of reported incidents

Emphasizing that “we are committed to stop the hatred and the bias,” President Joe Biden on Thursday signed into law a bipartisan bill that would speed the review of hate crimes and make it easier to aid in their reporting.

The president spoke before signing the COVID-19 Hate Crimes Act, a measure that overwhelming passed both houses of Congress and which was spurred by the reported surge in anti-Asian hate crimes amid the coronavirus pandemic, which originated in China before sweeping the globe.

Repeating a line that he’s often used, Biden said that “hate can be given no safe harbor in America.” And he emphasized that “right now, this is a critical problem, hate crimes being under reported.”