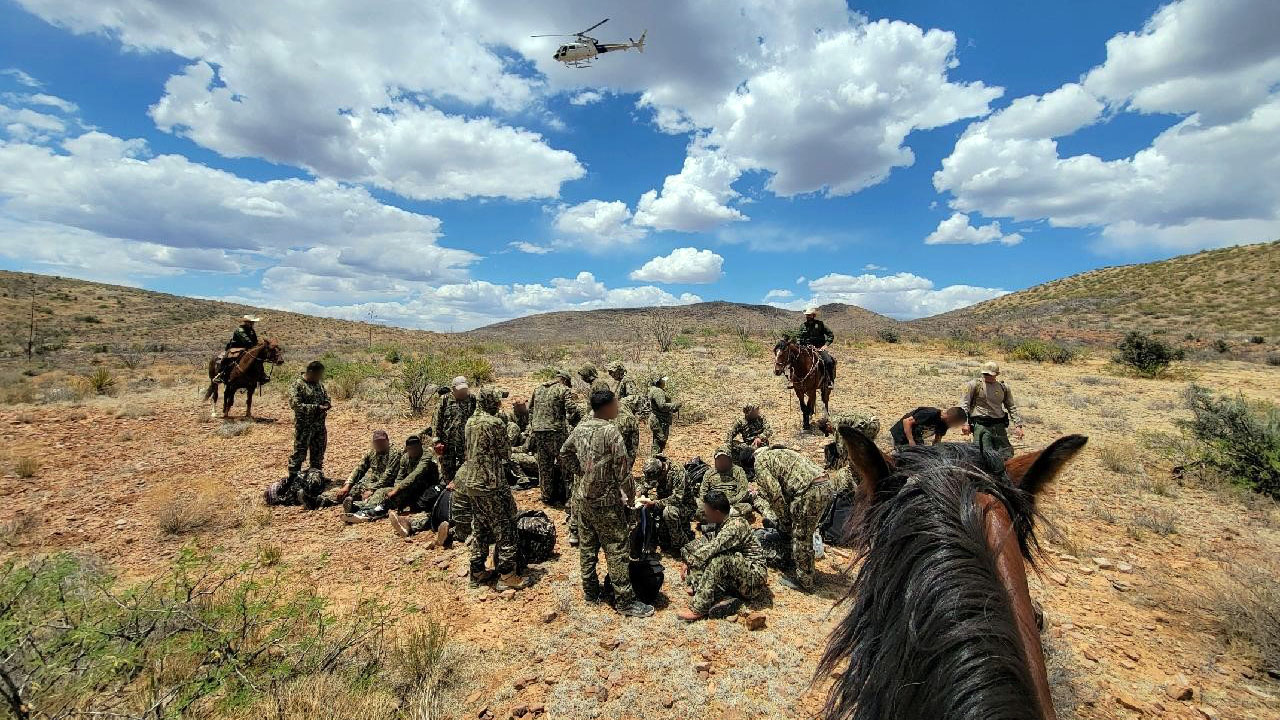 He shared an image showing their outfits as officers surrounded the group with a helicopter hovering overhead.

In this article:Arizona, Border Patrol, busted