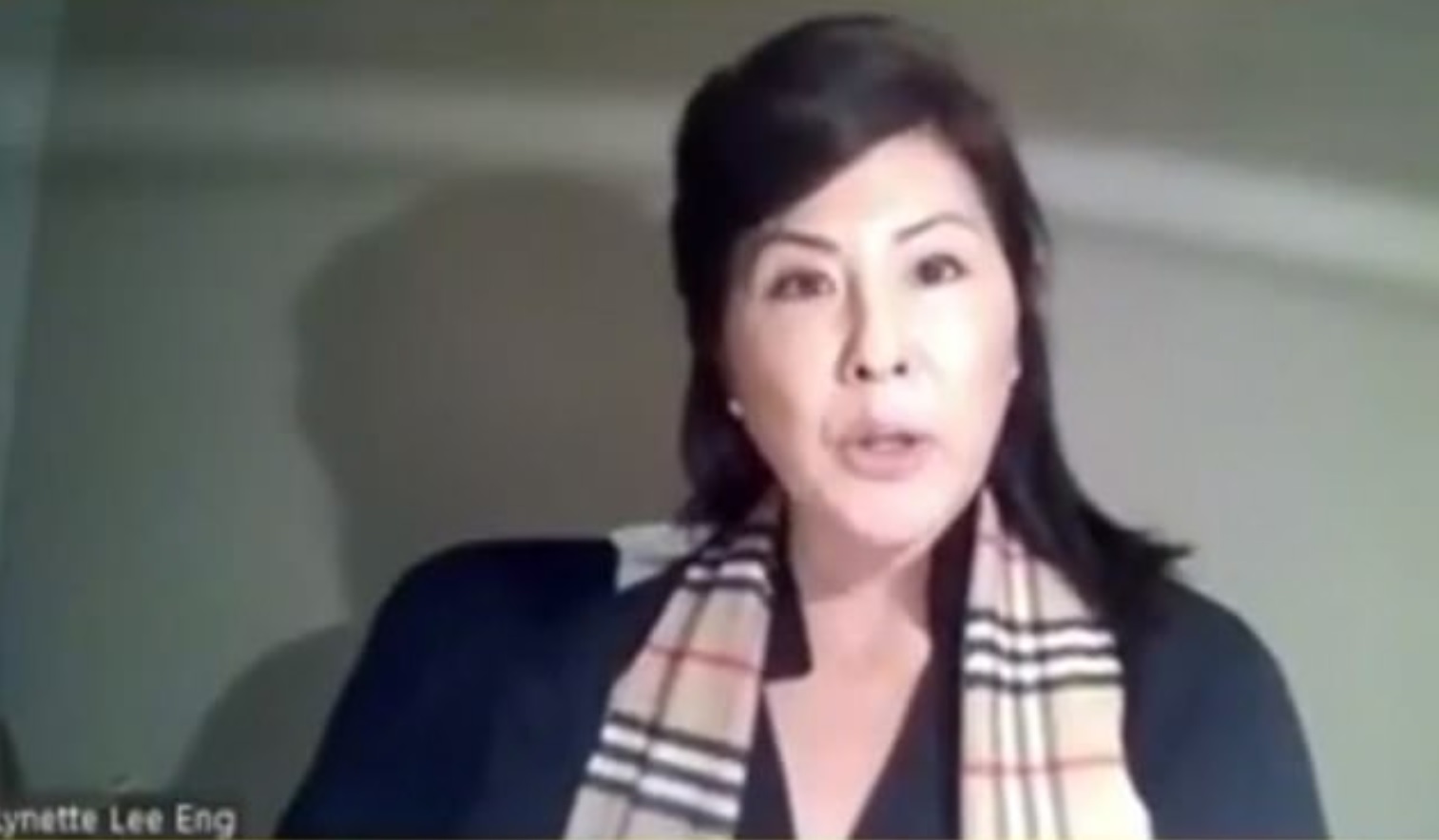 Lynette is shown on November 24, during a city council meeting, where she announced that she'd just received the text from Moos and she feared for her family's safety

An Asian American California councilwoman who was branded racist because she revealed a text sent to her by a BLM activist that warned ‘your name will be in the papers’ for not voting his way has told DailyMail.com how she feels she’s now gagged by cancel culture.

Lynette Lee Eng is a city councilwoman in Los Altos, next to Palo Alto, a rich and Democratic area of northern California. She was elected in 2016.

In November, she was asked to vote on a proposal that removed two police resource officers from the two high schools in the city, and that would put a third party in charge of handling and processing complaints against the Los Altos Police Department, which has 32 officers and has received 1 use of force complaint in the last six years, and 15 complaints in total.