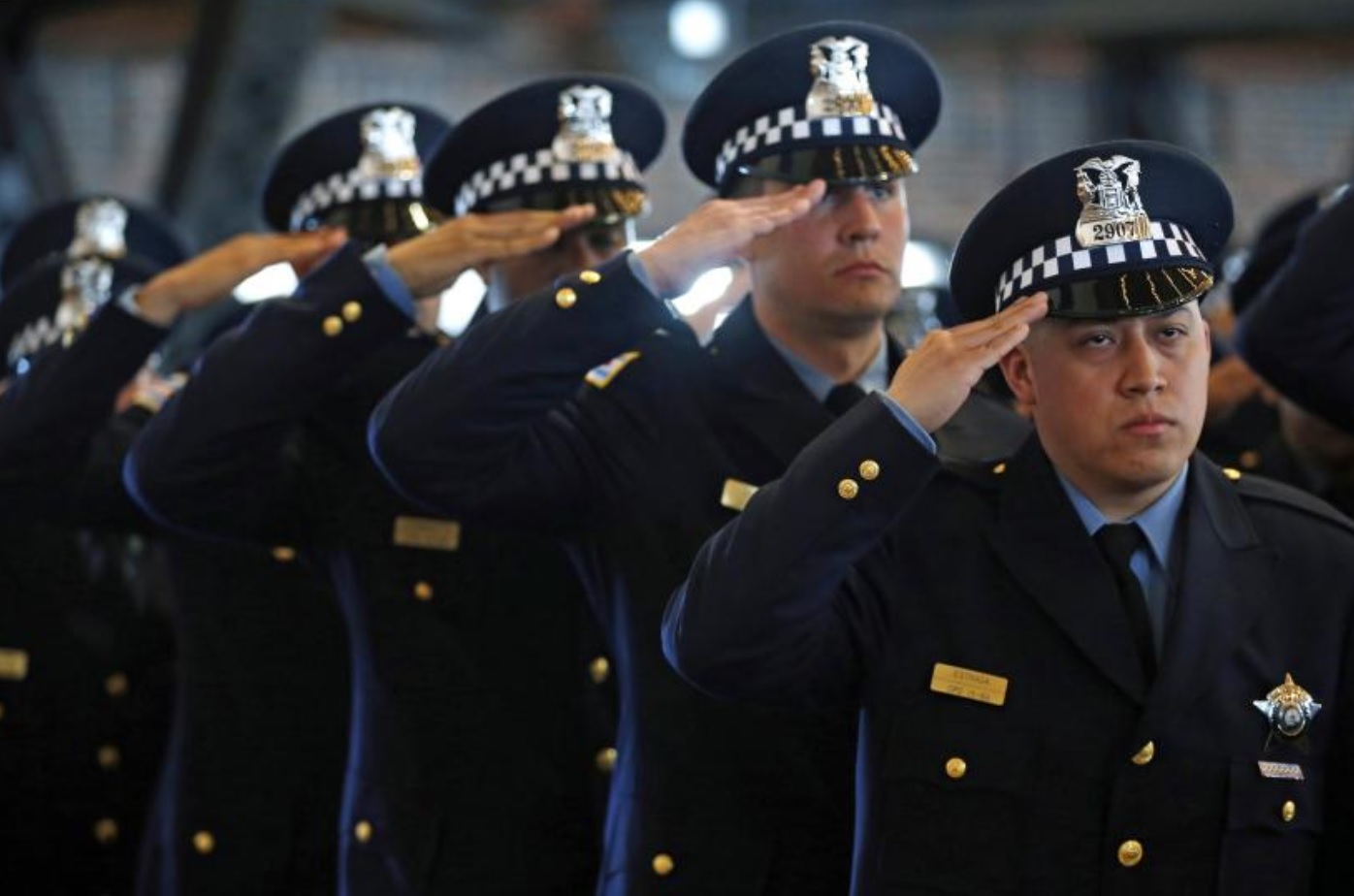 The Chicago Police Department's newest class of recruits salute during their graduation ceremony, April 21, 2014. A new report accuses the department of operating a "black site" in the city to illegally detain and interrogate suspects. Photo: Reuters

Chicago’s Fraternal Order of Police issued a vote of no-confidence in Mayor Lori Lightfoot Wednesday, citing poor work conditions and the cancellation of a march for fallen officers due to the coronavirus pandemic.

The vote by the police union, as well as police Superintendent David Brown and First Deputy Eric Carter, was unanimous among as many as 200 active and retired rank-and-file officers, the Chicago Tribune reported.

Reasons cited for the move reportedly include officer burnout and the department’s decision to cancel off days for cops on several occasions — as well as a move from 8 ½-hour shifts to 12-hour work periods in preparation for possible unrest in the city.