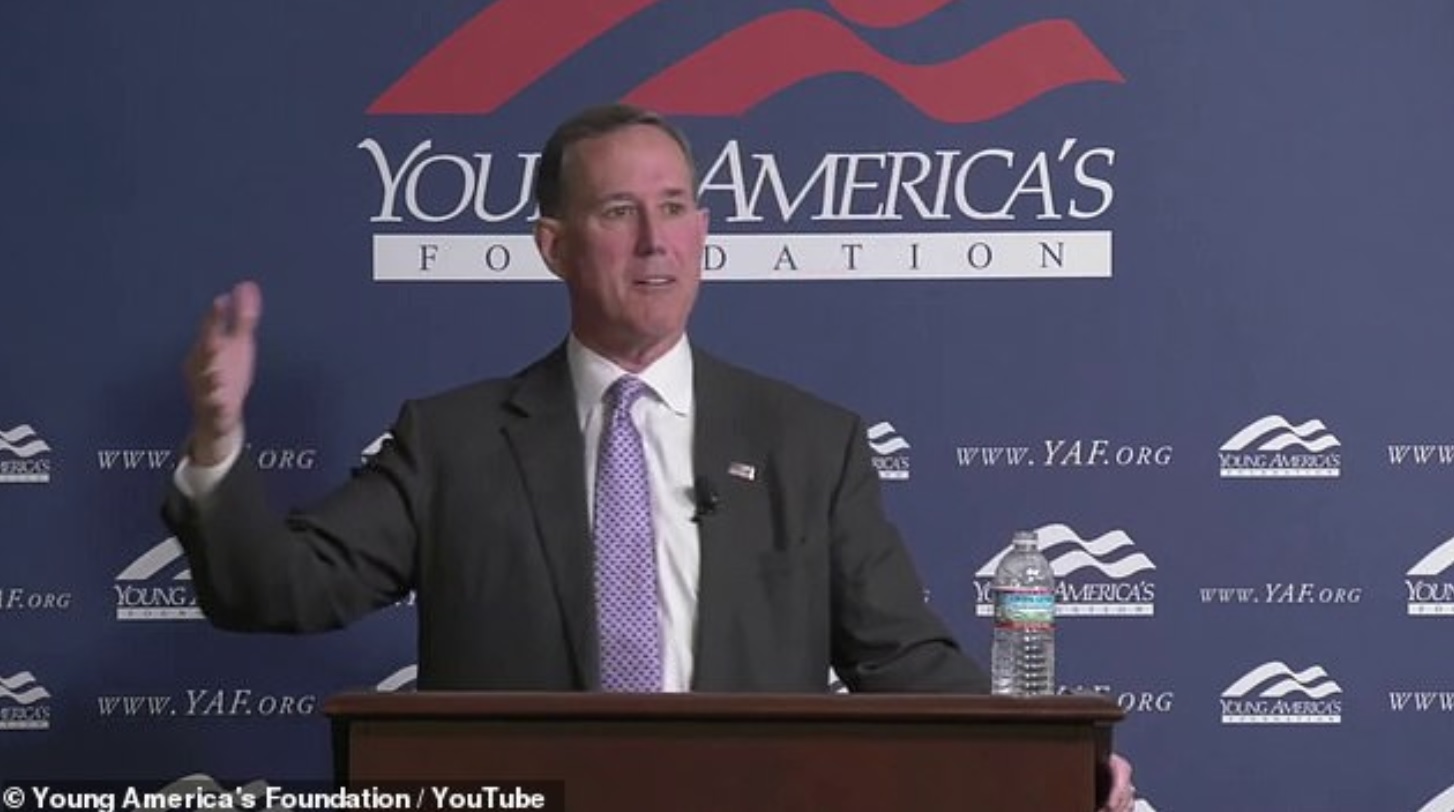 Rick Santorum, (pictured) a former Republican presidential candidate and senator for Pennsylvania, made his controversial statements about Native Americans during a speech at the Young America's Foundation, a conservative youth group, on April 18

CNN has cut ties with conservative commentator Rick Santorum after the former senator caused an uproar with Native Americans by claiming there was nothing in America before settlers arrived.

The network ‘quietly’ terminated its contract with the senior political commentator this week, the Huffington Post reported on Saturday.

Santorum, a former Republican presidential candidate and senator for Pennsylvania, made the statements during a speech at the Young America’s Foundation, a conservative youth group, on April 18.