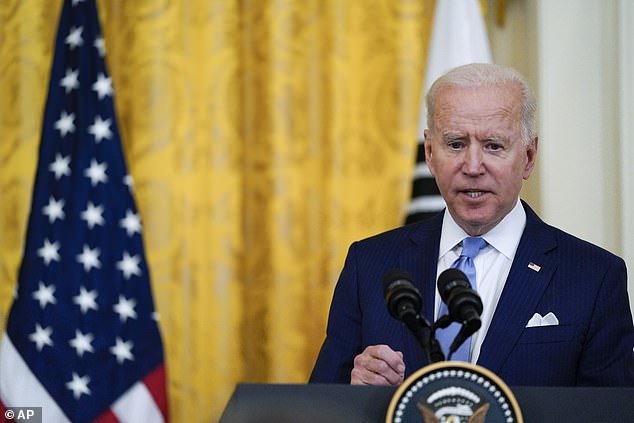 ‘Without Providing Hamas The Ability To Rebuild Their Weapons Systems’

President Joe Biden said he was ready to work with other nations in helping Palestinians rebuild homes flattened by Israeli strikes
‘They need help,’ he said, so long as Hamas does not have ‘the ability to rebuild their weapons systems’
Biden also underlined U.S. support for two-state solution to Middle East conflict
‘I’m praying this ceasefire will hold,’ he said at White House press conference
He said his party’s stance had not shifted despite his calls on the Israeli military to de-escalate its strikes on Gaza
He said peace would not be possible until region acknowledges ‘the right of Israel to exist as an independent Jewish state’