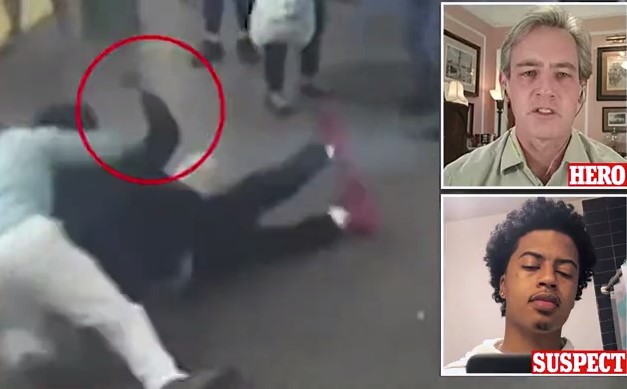 By MEGAN SHEETS and RACHEL BUNYAN

Video captured the horrifying moment a woman was stabbed in an unprovoked attack on the subway before a passing journalist jumped in to save her.

The stabbing unfolded at Union Square station on Wednesday night when 54-year-old Kelli Daley was jumped by a man identified as 22-year-old Joshua Nazario.

Police said Nazario slashed Daley across her left shoulder, collarbone, and upper chest while she was waiting on the southbound N, Q, R platform for the train around 10.10pm.